Are you listening for fairness today?

Are you listening for fairness today? 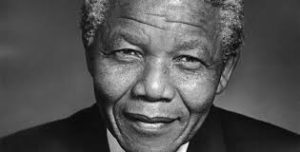 How does the life and death of Nelson Mandela pique your senses for fairness in the world today?

With the humanity celebrating the life of Nelson Mandela, I’m looking for signs of the miracles in the world today. And listening for fairness.  Are you?

Normally, I articulate Good Leadership by lifting up the contemporary wisdom of people living and breathing today. Mandela is dead now. And within the past three days I’ve heard his name in the same sentence as Jesus, Gandhi and Abraham Lincoln. Hyperbole? Perhaps.  I just know I can’t do justice to the enormity of his courage and influence in this small space.

For more than 18 years, Nelson Mandela lived in this jail cell, living his life as if everything was a miracle.

But I do believe he paved the path to greatness by radiating goodness: rewarding excellence, living generously, promoting fairness and spreading positivity. These are the cornerstones of good leadership and it changes the world.

This summer my wife Melinda and daughter Katie visited South Africa as tourists while Mandela laid in hospice. They experienced a nation knotted in waiting – pondering the state of their nation and the human race without his presence.

Without the miracle of Mandela, South Africa would be too dangerous for foreign travelers like the Batz girls — guests of a white-skinned South African Exchange student, Debbie Rigby.  As tourists they visited and photographed Mandela’s famous jail cell.  They walked in Mandela’s footsteps in a ghetto, on the trails of Robben Island and the sidewalks of Capetown. Returning safely from the land of the Southern Cross, our family was changed: half way around the world, we were now watching and listening for signs of Mandela. 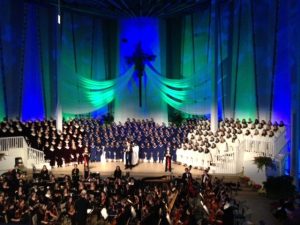 This past Sunday, we celebrated Christmas in Christ Chapel featuring a South African freedom song Thula Sizwa. The Zulu hymn was cloaked within a 13th century processional called “Hope for Resolution.” Without the miracle of Mandela, the Zulu text would have whizzed through my wandering mind, never to be heard again. But I wanted to know what a freedom song from Mandela’s nation really meant:

Daughter Katie, with South African Debbie Rigby at the southern most tip of Mandela’s homeland.

Not many people actually change the world: how we travel and communicate, help a nation stop crying, attain freedom and protection. We can see and hear the evidence if we actually take time to watch, listen and notice.

Good leaders make a habit of connecting their lives to the powerful forces in the world today.  And they chose to work as if their purpose will actually change the world.

Please share with us: what evidence do you see as the goodness of Nelson Mandela?